Three Minute Thesis (3MT®) celebrates the exciting research conducted by PhD students. Developed by The University of Queensland (UQ), the exercise cultivates students’ academic, presentation, and research communication skills. The competition supports their capacity to effectively explain their research in three minutes, in a language appropriate to a non-specialist audience. 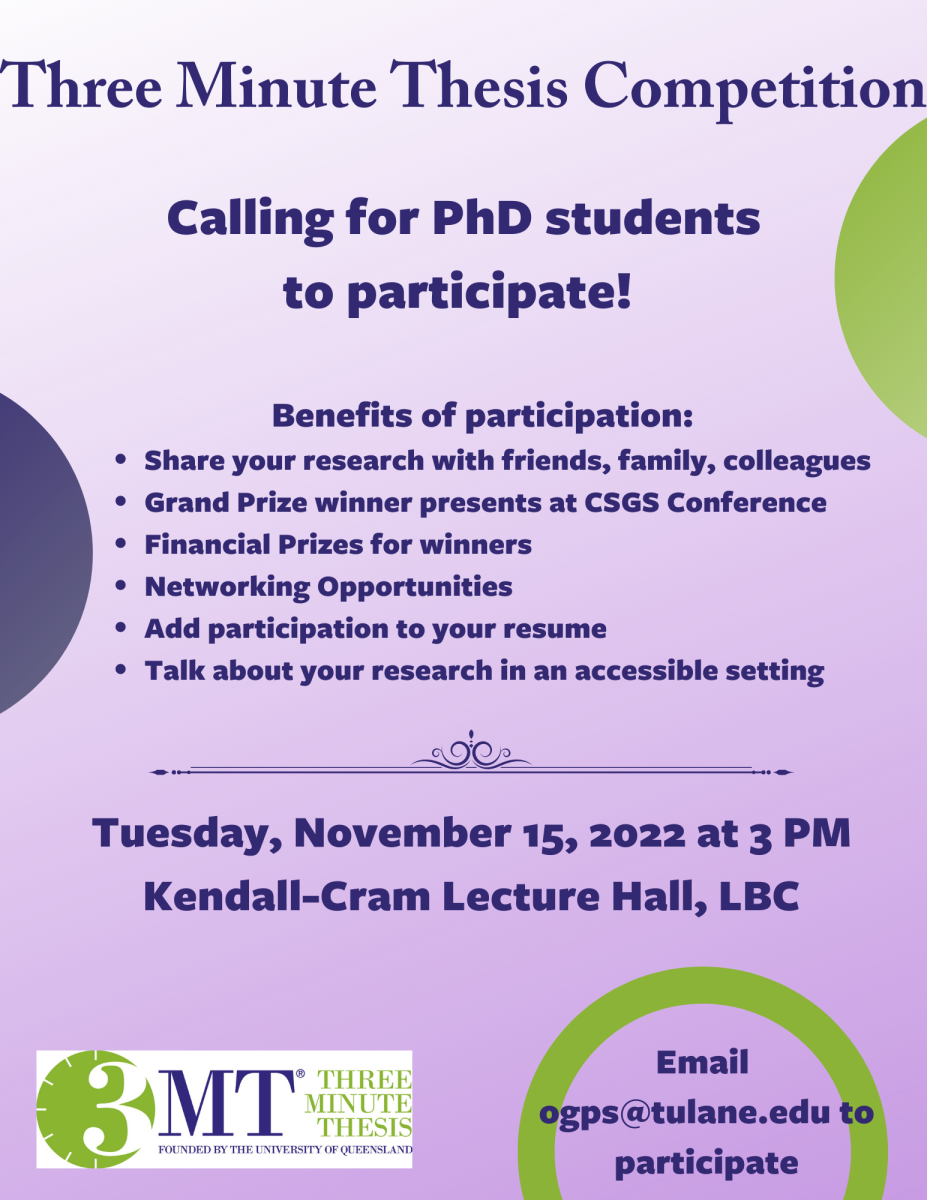 The Office of Graduate and Postdoctoral Studies organized the inaugural Three Minute Thesis competition at Tulane in 2015.  We award a Grand Prize to a winner selected by the judges and a People’s Choice Award to the audience favorite.  Grand Prize winners have gone on to represent Tulane at the regional Three Minute Thesis competition held each spring at the annual meeting of the Council of Southern Graduate Schools.

In 2019, Tulane was represented by Samantha Kurtz, who won First Prize at the regional level.

In 2021, the competition was held in a hybrid setting; Danica Brown won Grand Prize and Jaikin Harrell won the People's Choice Award.

Advanced PhD students from any discipline may compete and need to email OGPS at ogps@tulane.edu by Friday, September 30 to express their desire to participate.

Priority is given to those individuals who are in the final year of their PhD program. 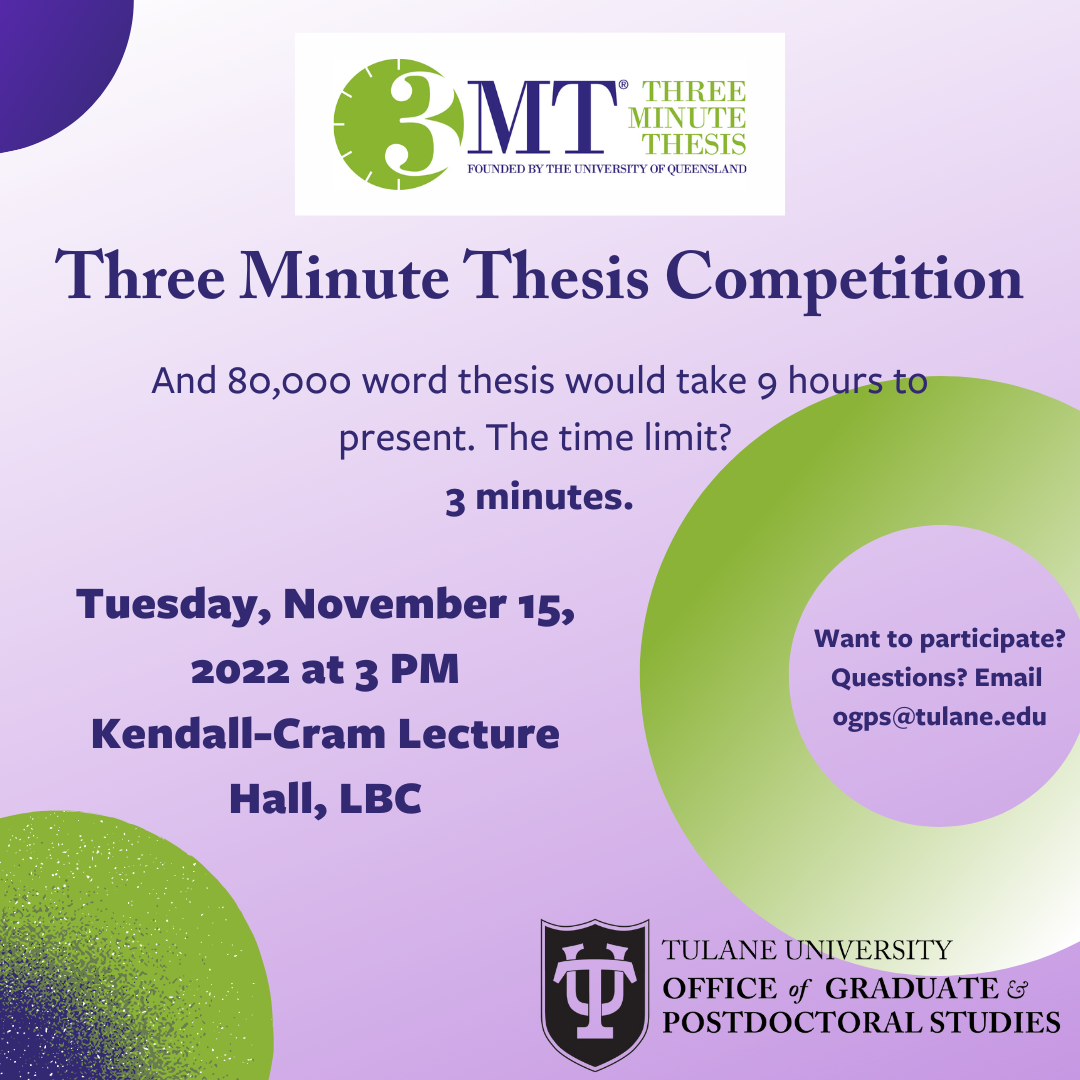